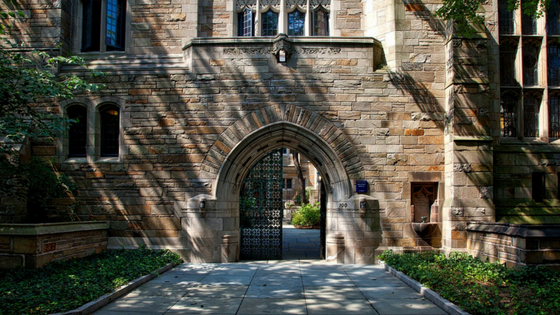 President Trump’s most recent proposed budget cuts include cutting 14% from the Department of Education.   Those cuts will result in eliminating many of the most important elements of our educational system. Some of those elements include grants for continuing teacher training, afterschool programs, and aid to low-income college students.  However, despite budget cuts and dwindling economic resources, according to a recent report, solar energy has the potential to make our educational future much brighter.

There are currently more than 3,700 solar energy systems located on public and private schools in the U.S.  That means thousands of schools are already taking advantage of the cost savings that result from transitioning to a clean, inexpensive energy source.   Schools have an architectural advantage over many homes.

Their large, flat rooftops provide the perfect space for maximizing the amount of energy solar panels can generate.  Even school parking lots can be outfitted with solar PV canopies that provide shade as well as generate energy on sunny days. There are already some good examples of how cutting energy costs by utilizing solar energy has benefitted our schools.

In Fresno, California, the Clovis Unified School District funded the installation of 19 separate photovoltaic systems through a local bond measure in 2012.  Those systems are capable of generating 5.9 megawatts of energy.  The district estimates that those megawatts will save approximately $2.7 million dollars–every year.  $2.7 million dollars can train a lot of teachers, as well as bring back the art and music classes that were cancelled by previous budget cuts. District managers for Rio Rancho High School and Cleveland High School in New Mexico found that energy costs were the district’s second largest yearly expenditure.

They estimated that transitioning to solar power could save the district $200,000 annually.  In Utah, even the small 10 kW solar system installed by Milford High School is saving their school district $1500 per year.  The electricity generated by the current 3,727 systems combined is saving approximately $77.8 million per year in energy costs. That’s an average of $21,000 per school, which can fund a lot of field trips and purchase a lot of supplies.

The Florida Solar Energy Center participates in the “Sun Smart E-Shelter” program for students.  The program is a partnership with state agencies and 42 school districts.  They will install 100 emergency center systems throughout the state. Each of those 10kW systems will provide 1MW of solar capacity that can be combined with battery backup for use during emergencies.  The systems would provide needed electricity to schools in the event of a power outage. The importance of this capability was demonstrated by Superstorm Sandy in late 2012.

The school facilities manager of Midtown Community School set up a solar system that also serves as a community emergency evacuation center.  The system reduces monthly energy costs as well as providing an off-the-grid backup power system.  Currently, rather than utilizing solar batteries, which would be optimal, the system is connected to a diesel generator.  In the event of a power outage, the generator immediately begins powering the school’s emergency systems.

The degree of cost savings realized by installing solar energy systems depend on a number of factors.  Those factors include the size of the system and its energy-generating capability, the amount of sunshine available, and the per kilowatt hour of electricity.

Many people believe that energy savings using solar systems are not possible in colder climates, but as this chart demonstrates, schools in Massachusetts, were able to save a substantial amount.  The cost per kilowatt hour varies from state to state, and Massachusetts has one of the nation’s highest.  That’s one reason that even states with fewer solar systems, and sunshine, can save even more than sunny states like Utah.

There are still 72,000 schools that could benefit from investing in solar energy systems.  A cost benefit analysis found that 450 school districts could save more than $1,000,000 over a thirty- year period by installing solar energy systems. An added benefit is that solar energy also saves water, since it uses less to produce electricity than other types of energy sources.

Perhaps most importantly, installing solar systems in schools is a great way to teach demonstrate how science, math, and engineering contribute to sustainability–and how sustainability is relevant to us all. Teaching and learning to create a better future is what schools are all about.  Some of the most important lessons aren’t about just learning scientific facts, but how to use those facts to make life more worth living for everyone.

Solar panel waste: Could leasing be the answer?